This stance has certainly applied to travellers – and has meant a visa process that many have decried as lengthy and overly bureaucratic. It has generally taken up to three weeks to obtain permission to journey to the land of Lenin –with prospective British tourists required to present themselves in person at one of the application centres in London, Manchester or Edinburgh, clutching a document which runs to several pages.

This paperwork obstacle course may soon, however, be a thing of the past – at least, for some holidaymakers. The news emerging from Moscow this month is that Russia is intending to introduce an electronic visa system that will greatly simplify the arrivals process. This will be a straight-forward online procedure that will result in short-term single-entry visas – likely to be for up to 16 days. According to Russia Today, Vladimir Putin has signed the plan into motion. E-visas should be available from January 1 2021. 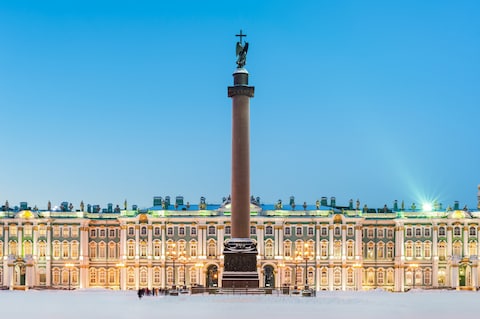 What is not clear is whether this innovation will be available to British travellers. Early reports suggest that the system will apply to European Union countries, and countries within the EU Schengen zone – as well as China, South Korea, Japan and New Zealand. Whether or not they will be on offer to UK tourists may depend on what eventually happens with the Brexit process – but at present, Britain is not thought to be on the list of pre-approved nations. Canada and the United States are also excluded.

This would certainly not prevent British holidaymakers from travelling to Russia – but it would mean a continued reliance on the old paper-application way of doing things.

The new e-visas are likely to cost around US$50 (£39) – as compared to the £101.40 (including processing fee) currently charged for a standard single-entry paper visa.

This is not, however, the first time Russia has attempted to make its entry procedures a little more user-friendly. During last summer's football World Cup, travelling supporters were able to visit the country without a visa as long as they had an official tournament "Fan ID" (which could be applied for online) as well as their passport. A similar system was in place when Manchester United and Chelsea faced each other in Moscow in the 2008 Champions League Final - supporters needed only a match ticket, passport and completed immigration card to fly in for Europe's blue-riband club game. 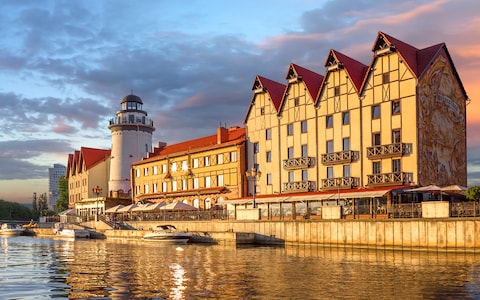 Kaliningrad will be part of the e-visa system from July 1 CREDIT: GETTY

Tourists arriving by sea are also able to visit Russia without wading through every inch of red tape. Cruise and ferry passengers are allowed to stay in the country for up to 72 hours, without a visa – assuming they dock at one of seven pre-ordained ports. However, of these, only five are located in European waters, and only two – St Petersburg and Kaliningrad – are mainstays on cruise routes (the others are Vyborg, a short hop from St Petersburg on the Baltic Sea – and the Black Sea harbours of Sochi and Novorossiysk). Vladivostok and Korsakov are both part of the Russian Far East – the latter so much so that it stands next-door to Japan, on the distant island of Sakhalin.

The likes of Vladivostok are not, though, so far from Moscow that they do not figure in the visa re-think. The electronic-visa system is currently in place, on a trial basis, in the Russian Far East. However, it is only currently available to citizens of 18 countries (Algeria, Bahrain, Brunei, China, India, Iran, Japan, Kuwait, Mexico, Morocco, North Korea, Oman, Qatar, Saudi Arabia, Singapore, Tunisia, Turkey and the United Arab Emirates).

This roll-out is also due to be extended to Kaliningrad – the exclave of Russian territory which sits between Poland and Lithuania – as of next week (July 1).

Does the potential of Russia's e-visa scheme make you more likely to travel there? How do you think it will compare to other visa systems? Tell us what you think in the comments section below.